Mike’s Tennis Academy is one of Cambridge’s most established tennis coaching businesses.  All coaches are LTA qualified and hold the following training and checks: 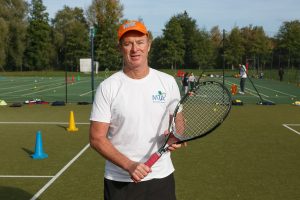 Mike is a level 4 coach and founded MTA in 2000 after 20 years teaching tennis in Europe and the UK. Mike took his first tennis qualification while still at high school in South Africa and then went to teacher training college where he qualified as a Physical Education specialist & History teacher.

He started teaching tennis in 1989, working in Holland, Germany, Spain and Portugal. In 1996 Mike was appointed Head Coach to the Cambridge Lawn Tennis Club. During seven years there the junior membership increased by 400% and adult memberships increased to near capacity. 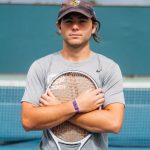 Sergio is currently developing his tennis career in the USA. Last year his best result was to reach the semi-finals of the Road to Ojai. California’s equivalent of the men’s road to Wimbledon.

As a junior player, he trained at academies in Spain and the UK. In Spain he represented his club Villalba, Madrid in Division 1. In the UK, he has been based at the both Win and Gosling International Academies from where he has played for County at U14 and U18.

Sergio has an energetic coaching style combining his technical and playing experience with fun and engaging sessions. Over the last two years he has coached players young and old at differing levels of competency in the UK, US and Spain. He is available for group, individual or hitting sessions, including match readiness training for performance players.

Contact us today and book a private lesson with one of our coaches.